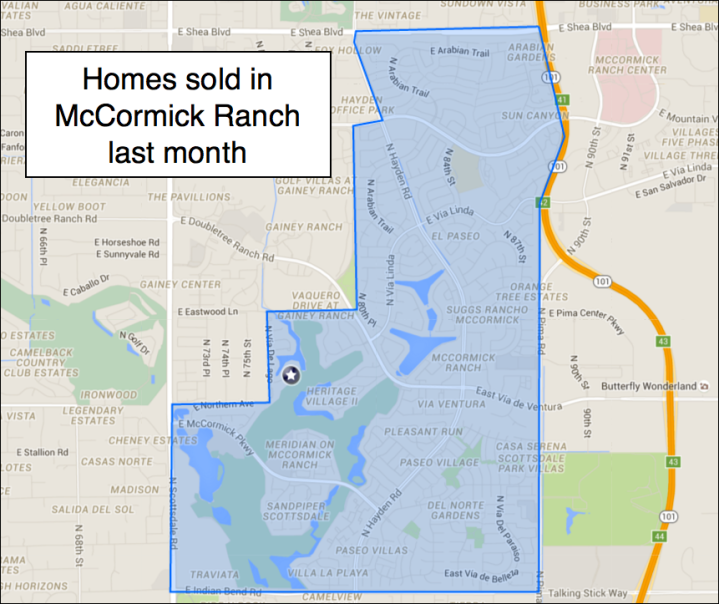 Now you can see photos of McCormick Ranch homes AFTER they’ve sold. You do NOT get that on Zillow!

Your home may be worth a lot more than another home that recently sold, if your home has a better kitchen, baths, or other upgrades. But you won’t know that, if you can’t see photos of the home.

Right behind the McCormick Ranch LA Fitness are the Veritas condos. The buildings were completed in 2008, they went into foreclosure, blah, blah, blah and now, finally, 7 years later it’s almost sold out with only the models left to sell.

In a recent post on Arizona Real Estate Notebook I mentioned that timing is more important than location in real estate and nothing says that better than the story of Veritas. If the project had been completed 2 or 3 years earlier, the original developers would have been golden, instead they lost all the time and money they put into the project.

Here’s a previous post of mine from 2011 on Veritas. 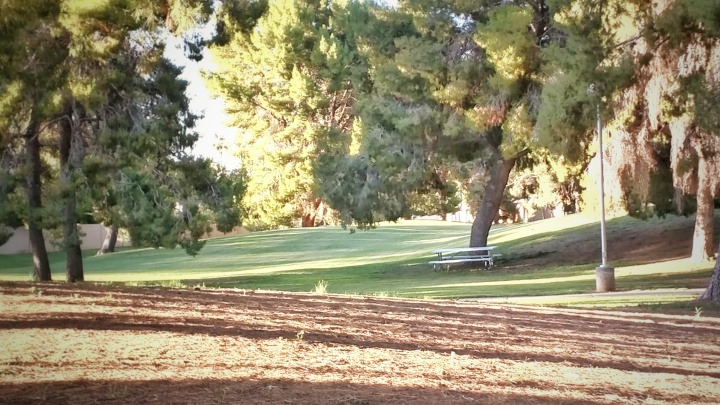 I’m not crazy about this photo of Comanche Park but I was intrigued by the shadows and the green fading off into the distance. I customized the heck out of it in Snapseed on my Nexus 6.

First we learn the name of the dog and a couple months later we’ll learn the person’s name. We’re all dog people. It’s the best part about living in my neighborhood.

Chris, one of the dog lovers from the park, put together the “McCormick Ranch Bars on Bikes.” The weather was great! I caught up with the kids at Downside Risk. I didn’t know half the people there so it was a lot of fun meeting new folks as well as talking with my old friends. It was a blast!

Want an analytical expert – not a salesman – to evaluate the value of your McCormick Ranch home?